Implicit bias is a struggle we all face, especially in trying to create a more diverse and inclusive world. Hear the story of Ivan Williams, who transformed from chemical engineer into a Hollywood champion against bias by tapping into the power of storytelling.

Ivan Williams is an executive producer and an Executive Vice President for a Hollywood story development firm called Scenario Entertainment. However, Ivan’s career has spanned several industries. He was a chemical engineer, who designed advanced computer controls and artificial intelligence applications for oil refineries. Ivan was also a senior business leader at major energy and engineering companies (ARCO, BP, and WorleyParsons) for over 35-years. In addition, Ivan is an entrepreneur and helped create an innovative film production studio and a media tech startup company that is revolutionizing the tv industry. This was all on top of producing multiple entertainment projects from films to Broadway. 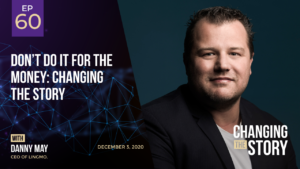 Don’t Do It for the Money: Changing the Story with Danny May, CEO of Lingmo

Everyone has a billion dollar idea, but how many people have the will to do it? Hear the story of Danny May, who pursued his 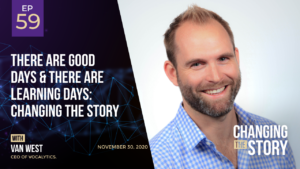 There Are Good Days & There Are Learning Days: Changing the Story with Van West, CEO of Vocalytics

Data is the new oil, and there is a HUGE untapped well. Hear the story of Van West, who has unlocked the value of audio